CCYC is Canada’s largest chess school, currently boasting six locations hosting 100+ classes with 1000+ students. Since the two years that our school has been established, our school has been commended by parents and students alike as the best in the industry for our rich course materials and great services. We credit our teachers, many who are masters in their field; they bring their distinct strengths and styles to attract students of all ages, opening students to the interests and possibilities that the world of chess brings. 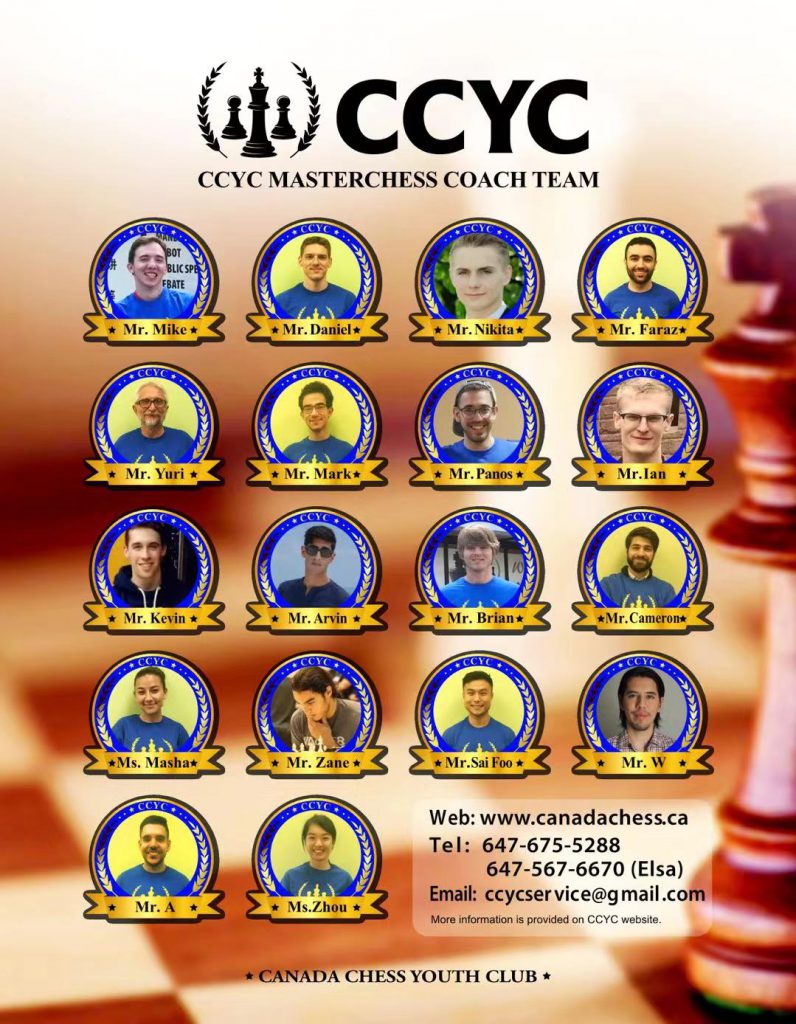 Master Mike learned chess at the age of 4 and has been working to get better ever since. At the age of 16, he won the National Master Title, and later on won the FIDE Master title in Spain. He was Toronto Champion in 2016 and 2017, 2-time Ontario high-school champion and 2-time Canadian university champion. Mike has been teaching for 10 years, working at over 30 schools in the GTA and running multiple camps for organizations such as chess and math, three-flavors, and now CCYC. Some of his best private students include Max Chen who is a multiple-time Ontario and Canadian Champion, as well as Michael Jacobs who was the Aurora Chess Club champion in 2018. Mike teaches the way he would want to be taught growing up, through stories and games. Mike also received a Master of Teaching degree in 2019, allowing him to better understand how children learn and think. He still plays tournaments from time to time but dedicated himself to raising the next generations of champions at CCYC, so they can enjoy the game as much as he does. 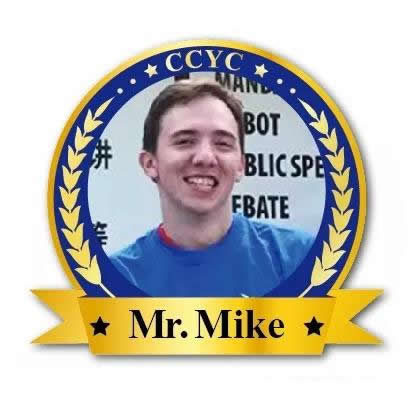 Mr. Daniel is one of the original Master team. He has taught in many chess institutes and has 10 years rich teaching experience. He has won several championships in Ontario and Canada, and has represented the Canadian team three times in the world competition. 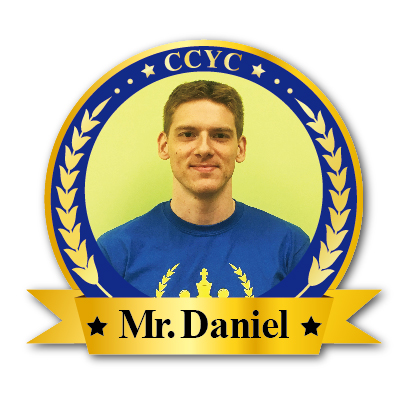 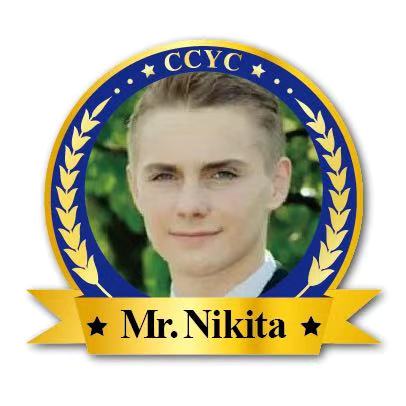 Mr. Faraz started playing chess from a young age. After falling in love with the game, he decided to pursue chess to the professional level by participating in many tournaments and winning various medals throughout his career. After starting his studies at the University of Toronto, Mr. Faraz shifted his focus on chess from being a professional chess player to a chess instructor. With more than 17 years of experience in playing chess as well as having taught chess to hundreds of students at six different institutes for the past seven years, Mr. Faraz has the experience and skill set necessary to effectively translate difficult information to kids of any age and level. 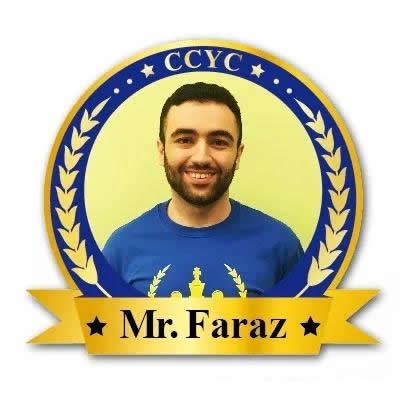 Mr. Yuri was taught to play chess when he was seven years old. He have been teaching chess since 1982. In 1987, he participated as a coach in the Summer Training Camp for the best young players of USSR Trade Union. Among the students in that camp were future chess stars such as Ekaterina Kovalevskaya, Sergei Tiviakov, and Vladimir Kramnik. He was promoted to the position of Senior Coach of his provincial chess team in 1986. Young players of our provincial chess team, prepared by me, won the championship of the Belarus Republic three times. Many of my students have become strong masters. 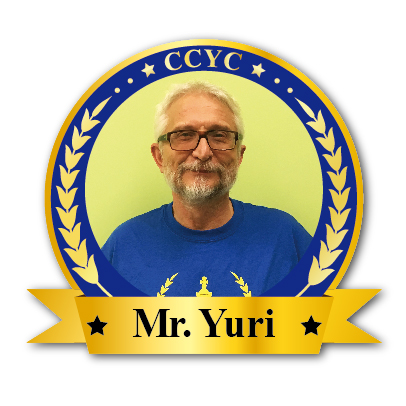 He is a FIDE Master, with the CFC rating of 2512 and FIDE rating of 2356. He is currently studying at University of Toronto, and has been teaching chess for over 4 years, and at CCYC for over a year. He has improved at the game every year. He uses a practical form of teaching by showing examples in his games where he follows the rules that he teaches his students. On top of this, many of his students have shown a lot of success in the past few years, with one of my students gaining over 300 points in one year. The strength of his students increased as he encourages discipline, homework and analysis. 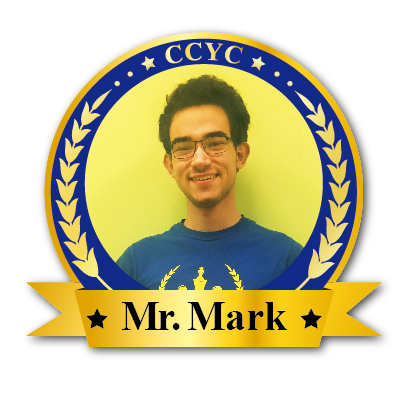 Hello, I’m Zehn! I taught myself chess at the age of seven while living on a farm. Four years later I won my first Ontario Championships for boys under 12. Three years later I reached Canadian National Master rating at the young age of 14. I continue to learn the game as well as mentor it to students of all ages/levels to this day. By age 17 I reached top three in Ontario/Canada for my age range 10 times, with three gold medals. I’ve been teaching since I was 14 years old. Since then, my students have achieved seven top three finishes in Ontario/Canada with two different Canadian Champions! I continue to play chess with the University of Toronto where I study psychology and neuroscience. So far I’ve won two Canadian University Chess Championships as well as a third place finish. I hope to train more young minds to become better chess players as well as extract the swaths of positive benefits from the subject that has been so central to my life! 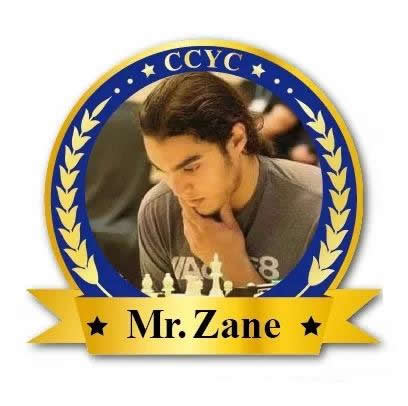 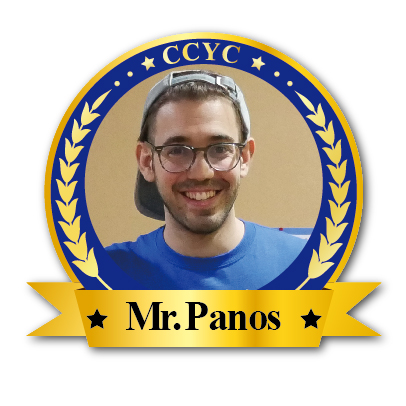 Mr. Ian has been teaching chess across Toronto for over five years. He has taught chess at dozens of schools in the GTA and has tutored hundreds of chess students. He coached a CIC public school (grade 1-3) chess team into the top 5 of the TDSB championships for three consecutive years. Ian sees chess as a way to train the mind for the discipline and depth necessary in academic and professional work. In high school he was captain of his chess team at Ursula Franklin Academy and during his undergraduate represented the University of Toronto internationally in the Pan-American University Championship. He has achieved outstanding results as a student and a coach. He is good at transposing from the dual perspectives of teachers and students. 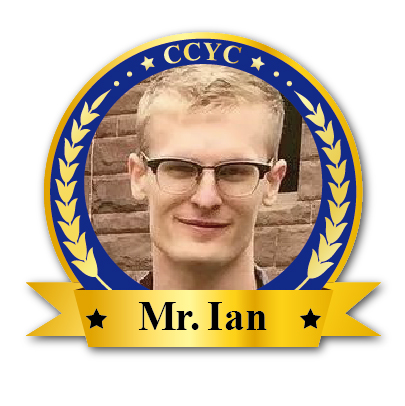 Mr. Kevin became famous when he was in primary school, winning the third place in the CYCC competition in 2003. He won the 2010 Canadian Youth Championship and the 2017 National Championship during high school. It is worth mentioning that he has won the London Regional Championship six times. In the past four years, he has lectured and lectured at the local library and the London Chess Club, and has a very wide local reputation and influence. In addition, he is a well-known music teacher and is currently completing his master’s degree in music. He is a very versatile master of CCYC. 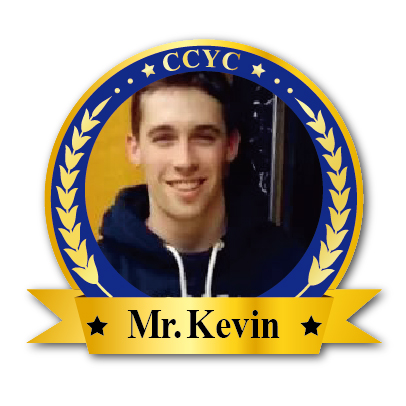 Mr. Arvin has been teaching chess for many years, starting in 2011 as an arbitrator and head volunteer for the Chess in the Library program. Throughout the years, Arvin has also worked at Three Flavors Kids Club as a chess teacher / camp counsellor and continued his teachings at the Schwartz/Reisman Jewish Community Centre. Arvin’s passion for Chess stretched beyond teaching as he led Chess clubs in his high school and university, organising trips and different events. During this time, he was awarded the Principle’s special award for his work towards developing generosity, inclusion and community within the school. Arvin has a great deal of experience teaching children chess and he hopes to vastly improve the skills of all his students. 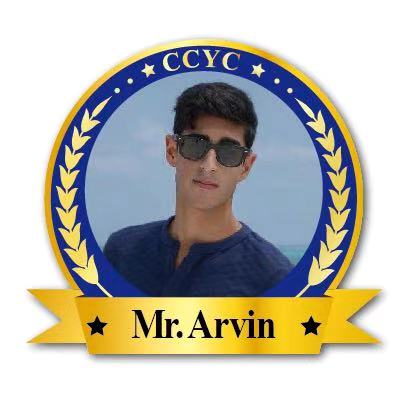 Brian Zijlstra completed his Master of Teaching degree and Ontario Teacher Certification at the Ontario Institute for Studies in Education / University of Toronto. Brian has instructed elementary and middle school students in the fundamentals of debate and public speaking for over five years. Much of his work occurred at elite academies in South Korea, where in addition to public speaking and debate, he taught TOEFL and TOEFL Junior test prep as well as numerous other English reading, writing, and speaking comprehension classes. 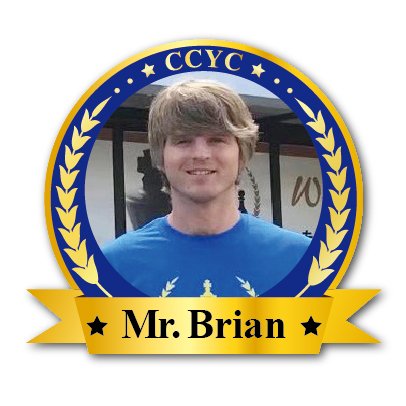 ameron is one of the most versatile teachers in the school. Receiving Scholarships for Math and Physics in University and president of the Philosophy Society and captain on the University Lacrosse team, while performing in many musical acts. Cameron has coached children in Soccer, Hockey and Lacrosse for many years and teaches French, Music, Outdoor Experiences, and Chess. He has taught chess at over 40 schools in Downtown Toronto. He focuses on bringing a love for chess and learning to inspire children to be the best that they can be and push themselves to learn more and empower themselves. 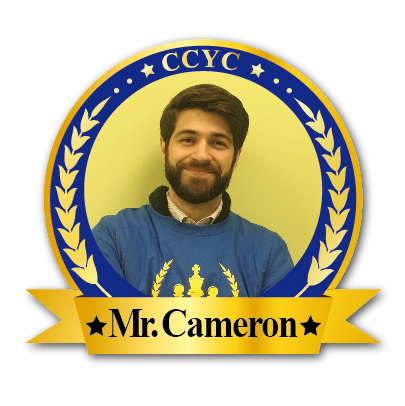 Masha is the only female teacher in our school. She learned to play when she was 5 and started playing competitively when she was 7. She has placed first in OYCC tournaments for 3 years 2004-2006, girls grade 1, grade 2 and U10. Also first in Ontario girls chess championships for 3 consecutive years. As soon as she stopped playing, she has been teaching and tutoring kids of all ages. From chess to math to French, she has taught in many different styles with all types of classes. She has taught at 3 differed chess schools as well as my private students. I’ve had the pleasure of teaching chess classes for 5-6 years now. 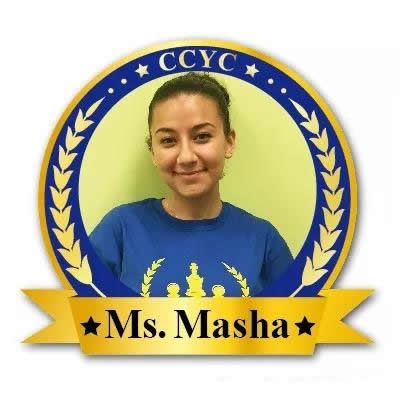 Mr W has a master’s degree in education and a bachelor’s degree in literature. He has many years of teaching experience in Canadian chess professional institutions, and promotes chess in many primary schools in many areas, helping schools to create unique courses. By evaluating each child’s different Features, he teaches in accordance with their aptitudes, helps them to integrate with chess in the comprehensive ability of goal planning, teamwork, social skills, psychological quality and creativity. He has won wide acclaim from parents and fully demonstrated their professional fields. In addition, the two distinctive features in his class must be strongly recommended to parents of beginners: 1 meticulous and targeted assignments; 2 super friendly and fun in class! Funny! Funny! Funny！ 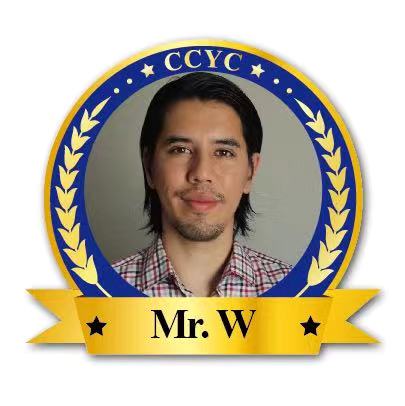 Mr Foo，He graduated from the University of Toronto with a Bachelor of Kinesiology and finished Master of Teaching at the same school. He has a master’s degree in education, has many years of teaching experience in chess courses and summer camps. He has worked with many primary and junior students and is always willing to adapt and create a teaching style that is appropriate and suitable for the students. He is an energetic and patient teacher that wants to develop a child love of chess.
Mr. Foo learned how to play chess when he was around 7 years old and has continued to play and practice chess since then. In additional to playing chess in his spare time, he enjoys playing sports such as badminton and dragon bating, winning multiple gold and silver medals in international tournaments in dragon-boating. He also has experience coaching in both sports. He has taught multiple debate and public speaking classes. In addition he hosted the school debate club during his time as a student teacher. 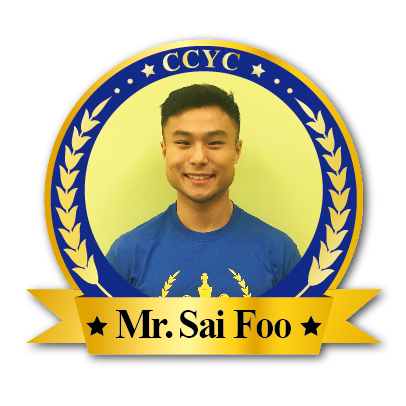 every Tuesday and Saturday，join club and play